Travellab is joint learning processes from facilitated interaction with stakeholders relevant for the objective of the COST Action.

= ‘lab’ because it is about learning

The COST Action FACESMAP aims for a strong involvement between participants and local stakeholders throughout the Action lifetime. The main objectives for the Travellab method for interaction with local staksholders are:

To increase to the awareness of policy-makers and local stakeholders about the changes in forest ownership across Europe and its impacts on management. For this purpose, by the end of the Action the following activities will have been undertaken:

Several participants from each group are allocated the task of ‘note taking’ on content and on the effectiveness of the method for collecting relevant information for the WG topics. Usually there are 2-3 note takers per type of notes required (content and effectiveness of the method) to allow triangulation of data collected. The note takers are in charge of organising the content notes (questions and answers), and the observation notes in a MS Word document. After the Travellab activities they send their individual notes to their WG leader, who compiles them in two separate documents (Content notes, Observation notes) and send both to the Travellab Task Group leader. 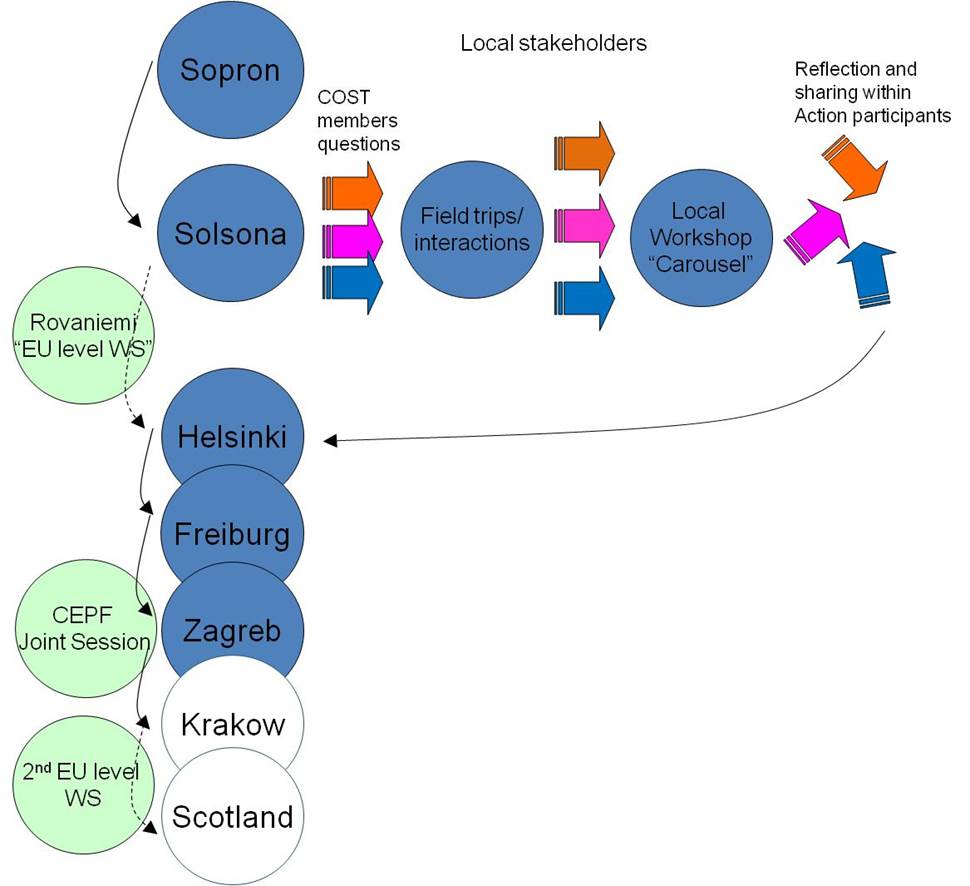 FACESMAP has planned seven meetings in different European cities. So far, the meetings and Travellab have been undertaken in:

Analysis of the information collected during the Travellab:

A group of FACESMAP participants (Travellab Task Group) are in charge to organise, analyse and disseminate information collected during the Travellab. There are already preliminary results following-on a workshop to discuss the methods and theories to analyse the information available, and the improvements to be made to the method.

Leader of the Travellab Task-Group is Diana Feliciano (diana.feliciano(at)abdn.ac.uk) 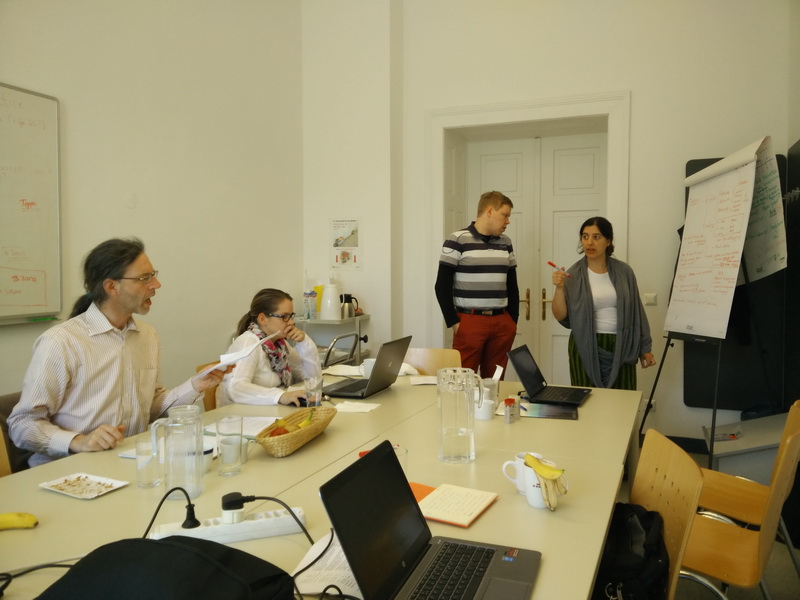